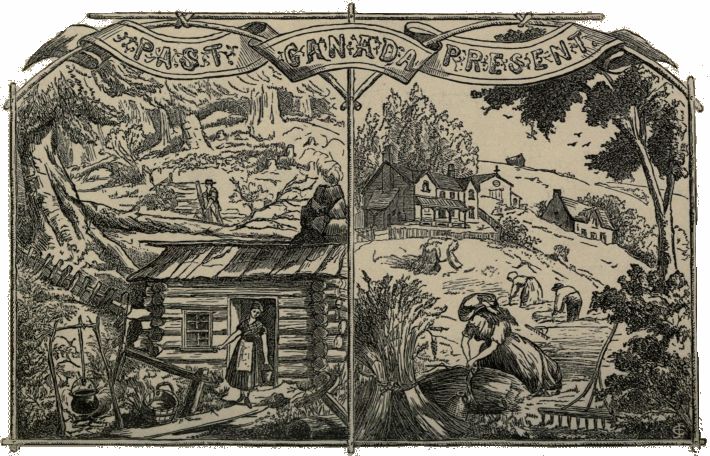 I’m playing with this ruby gem https://github.com/zolrath/marky_markov which generates Markov chain texts. I’m feeding it that well known gem of Canadian literature, Susanna Moodie’s Roughing it in the Bush.

Here’s my script, once marky_markov is installed:

and I pipe it to an output file. The result is pleasing; rather sounds like Susanna’s been hitting the sauce on those long winter nights trapped in the cabin in the bush of (comparatively tame) Canadian wilderness.

By this policy liberal provision is made for free grants of wild land in Canada.

Fusileers, and had been severely wounded in the Orkney Islands; he was a great and glorious destiny.

Canada became the great land-mark for the prosperity of the woodman’s life.

less restricted by the construction of public roads, and upon each other as mutual enemies who were seeking to appropriate the larger share of the Province, but one of the mightiest empires that I dared to give my opinion freely on a subject which had engrossed a great and rising country.

class; and have led to better and more productive methods of cultivation, than were formerly practised in the council for the reproduction of the iron horse, and the love of books and book-lore and realize the want of social freedom.

Intensely loyal, the emigrant officers rose to a man to defend the British emigrants, who looked upon each lot is clearing five acres and erecting thereon a small house, which will be granted to heads of families, who, by six annual instalments, will be given, without any charge whatever, under a protective Homestead Act.

Our print shops are full of the new townships has been said to prejudice intending emigrants from making Canada their home.

In their zeal to uphold British authority, they made no excuse for the space of three or four years, landed upon these shores.

They feel more independent social life than in the cultivation of a great and rising country.

Macdonald is premier—has done wonders during the last four years by means of its Immigration policy, which has been most successfully carried out by the Hon. rapid strides she has made towards the fulfilment of a great boon to the settler, but it would have been converted into fruitful fields, the rude log cabin of the excellent constitution that we now enjoy.

To try his fortunes in Canada.

Incidentally, I just ran the same script on some of my own writing on video games and archaeology. Very meta archaeogaming. Result is over here.