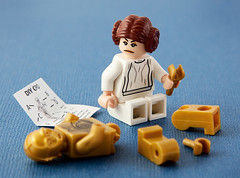 Ok. I’ve had a bit of feedback from folks. The issues seem to be:

Those are two big issues. I’m not entirely sure what to do about them. I just spun up a story that takes place around the quad here; I took the Ottawa Anomaly code and plugged in different coordinates. When I playtested from my computer, audio loaded up, which was good. But when I went downstairs and outside, to where I knew the first trigger to be: no audio. The ‘play audio’ function reported, ‘what audio?’ so I know the <> macro in the initialization passage didn’t load up.

I went to a second location; the geotrigger didn’t trigger. It kept reloading the previous geotrigger. Except – if I reloaded the entire story, then the new trigger’d trig. So am I dealing with a caching issue? Do I need to clear the latitude/longitude variables when the player moves on?

You can download the html and import it into the Twine2 interface. Answers on a postcard…

[update a few hours later] So I went back downstairs, and outside, and lo! everything loaded up as per desired. Must be a loading issue. In which case, I should shorten the length of the clips downwards, and also have a ‘turn off’ whenever the user rescans for geotriggers – I was getting overlapping sounds.